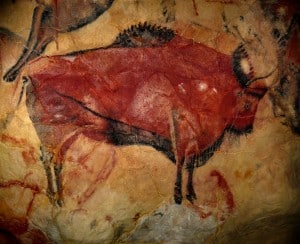 Storytelling is a hot thing right now. It's the new buzzword. It's also the most ancient human art form. People ask me a lot about it. The thing is, it's not all that tricky. Can I make it simple for you?

To make something a “story”, you need only four basic elements.

1. Character. One or more. The main character should be someone the reader can identify with, or at least has reason to be curious about.
This character is either the focus of the story, or else the instrument of observation through which the audience experiences the story. Or both.

Secondary characters might include a mentor, a sidekick, a villain, or a romantic interest. See below for ideas on how to use these.

2. Setting. Where the action takes place. It can be fantastical, or mundane – but it should be an interesting or atypical place for the action to occur.

This anchors the story in geography and time, and makes it feel more real and true.

Even if the setting is entirely off-the-wall, setting the stage for the plot to unfold makes the element of time progression more tangible.

The story feels like an account of actual events when it is set somewhere that can be specifically described.

3. Conflict. The whatever or whomever that is vexing and antagonizing the character. Through this opposition or invasion force, we come to know the character's goal.

The conflict can be about pursing an aspirational goal and being thwarted, or it can be about wanting to hold onto a thing or situation and an opposing element is forcing change.

Conflict is best when there is some kind of “villain” that you can personify and give will to – a reason behind the conflict – an opposing desire.

For a “villain” look to the three basic possible conflicts: man vs. man, man vs. nature, and/or man vs. himself.

4. Resolution. The plot must resolve. Either the character gets what he wants on the other side of the conflict, or he doesn't.

Maybe instead of failing, they discover an alternative goal. There doesn't have to be a moral or a point – just a conclusion that settles the outcome of the conflict.

The main character SHOULD be changed or evolved in some way by the story, even if counterintuitively, they are only more deeply the same, or perhaps return to the beginning peaceful pre-conflict state.

But the reader just wants to feel like the story went somewhere worth observing, even if a meaning is elusive. Often, leaving room for interpretation makes the reader even more engaged because they have to insert some of themselves into the story to add enough context to feel they understood what happened.

And that's it. Four things. If you have those four elements, things will unfold naturally. The character has a goal. Conflict thwarts that goal. The resolution is determined by what elements are available in the setting.

Everything else is fair game for creativity.

Now, for the purposes of copy:

1. The main character is you, the eventual creator of the solution you sell, in a pre-awesome state. Or else a customer who needs your help, putting you in the mentor role. The point is that your prospect has a proxy in the plot so they can mentally imagine themselves in this role.

2. Setting is determined by the problem/solution you are presenting. Your niche. Your industry. Where does the “stuff” in that scenario take place?

3. Conflict is facing the core problem that your product will solve. Not just where and when that problem happens to occur, but think about the ripples where that problem touches every other aspect of their life and the people they care about.

4. Resolution is the discovery or creation of the solution to the problem. The plot has it working for you, or the customer you created it for. Then in a sort of ending denouement montage, you tell how it has worked for you, worked for people you've helped with it, and it has worked even for people who go off and try it on their own… which is presumably what your product is.

That's how you assemble a story that creates a desire for your product and a way for prospects to feel like they aren't just a buyer, but a PARTICIPANT in a tale of problem resolution that they want to be a part of.