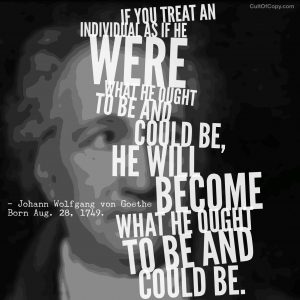 Here's an easy trick that many persuaders and influencers overlook.

Our kind of communication is very audience-focused.

We try very hard to have a clear and detailed picture in advance – a picture of who our ideal recipient is, so we can tailor the message to them.

In other words, using a sales situation as an example, we sometimes mistakenly speak to a prospect as a person with a problem who must be convinced to acquire a solution from us.

So we focus on the solution, and why it's desirable in the face of the problem.

Instead, try speaking to your audience in a way that PRESUMES they are already convinced they need your solution, and you're simply telling them how to get this thing that is just as great as they think it is.

Focus on convincing them your solution is the best one for them, because they already believe they have a problem to solve.

This presumption informs the text we write, and guides the reader in belief, as well as behavior.

That's just one example, but it works in many scenarios.

Speak to people as though they are already headed in the direction you want them to be.

They're already a “customer” – and like Wolfie here says, when you treat people like what you want them to be, a good deal of them will rise to the challenge and work to fulfill that role.

It's easier than trying to figure out what to do for themselves.

So try it. Speak to people as though they've already agreed to what you're asking of them. Presume.

Rarely will people resist outright, and the majority are made more comfortable adopting your idea, if not outright compliant with it simply because you decided for them.