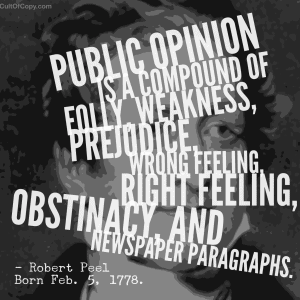 Some other famous advertising writer guy once said that persuading people was about entering into the conversation happening inside their own mind.

But you don't need to be a mind-reader to accomplish it. He actually only meant that you should mail people your advertisements.

But I digress. The way to tap into any given person’s mind at any given moment is simply a matter of realizing that people are not very complicated, and they are also almost all identical on the inside.

Minor details may differ, but the broad strokes are the same.

This is the list of subjects rattling around in your average upright ape.

– People fret over their follies. Most fear making embarrassing mistakes. Or being discovered as a person who doesn’t really know what they are doing.

– They are prejudiced against the unfamiliar. Things are good now, or at least recognizable and understandable. The unknown is strange and uncertain. The devil you know is better than the one you don’t.

– They are invested in their sense of right and wrong, good and bad. They want to feel like they made the right decision, and even if they didn’t, they want to be reassured it was an honest mistake.

– They are obstinate in their opinions and habits. And they came by them honestly, and they make sense in context. Why change what is working? Why adapt when you don’t need to? Why accept new information if it will require effort to do so?

– And of course, they are likely mentally engaged in some pop culture tidbit or current event of the day. Who isn’t? Tapping into the zeitgeist of the day is easy enough for getting into the audience’s head.

Speak to these things, and match your own angles to those of your audience, and they quickly grow to see you as of one of them rather than as an outsider.

Obviously, this is a far superior position from which to pitch them your offers, ply your influence, and manipulate their behavior in general.

All you have to do is tap into those endlessly looping self-conversations and agree with them, relate to them, and engage them.