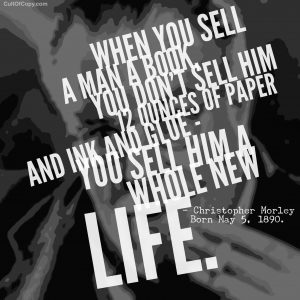 And so it goes with everything.

You aren't selling the action you want the mark to take. Whether it's buying, subscribing, or whatever.

That's not the thing they want.

What they want is the outcome. The result. The superior future that outshines their present.

That's what they want to buy. So sell them that.

The action you want them to take is merely the fee, the charge, the token of exchange.

So many people focus incorrectly on trying to sell the actual thing. But that's wrong.

You don't sell the gun – you sell the thing that will be shot with the gun.

You don't sell the pill, you sell the altered state that chemical cocktail supplies.

You don't sell the sex, you sell the release.

The item – the gun, the pill, the wing wang or wooty hooty – those are merely steps between the buyer and what they really want.

It's only after they reach that state of completion and fulfillment that they become satisfied with the actual item they bought.

So keep that in mind. You're not selling an item. You're selling the experience that item provides or delivers.

Once the mark wants THAT, then your product becomes merely a shortcut or aid in facilitating that experience they've decided to have.

When you understand this, the copy practically writes itself. All you have to do is explain how the product fits between point A and B.