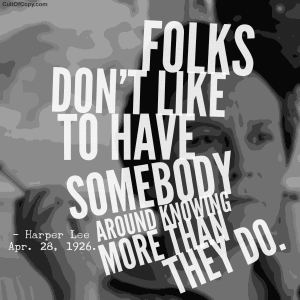 When you're trying to position yourself as a trusted advisor, your audience can't ever feel like you are holding out on them. They can't feel like you're keeping secrets or withholding valuable knowledge for yourself.

Countering this is simple.

Disgorge, regurgitate, crap out every little thought and idea and tactic and trick and strategy and advice and warning you can. Share it with them. Interact with your audience and discuss your observations and conclusions.

Create the impression that everything you know is available to them. You're not sitting on the truth. The truth as you know it is fully on offer for the people who choose to follow you.

You don't have to give it all away for free, mind you. You must charge for some of it unless you want to starve. But the point is that you make it available. People know that you're offering it. Even if they don't buy, they know you have it, and you're willing to share.

When you have a reputation built up as a fountain and a resource for knowledge – especially “insider” knowledge – you can very nearly avoid this gut-level dislike Lee talked about.

Not from everyone, mind you. There will always be haters. Jealousy, or spite, or baggage – some people just have stuff that makes them mad at people who are better than them, because your example holds them responsible for their own sad lot.

But anyways, for the mass of your target audience, don't overplay the “secret” nature of you knowledge and experience. It's okay to HAVE secrets, so long as you're sharing them with your people.

Be open. Be honest. Share generously. In quantities that make people grateful for the time you're spending with them. Shock them with the depth and breadth and density of what you will seemingly offer freely relative to your “competition”.

Masses of people will gather around instead of shunning you for your big old brain full of gold. And that's great if you're in the business of selling the gold that falls out of that big old brain.

IMPORTANT CULT LEADER NOTE: You can, of course, actually reserve your best secrets. You don't have to reveal yourself to the point of ruin. We are talking about the PERCEPTION you create through your messages.

Knowing that there is a difference between perception and reality is one of our biggest secrets, after all. And we should keep that one from the muggles as long as we can…